A wonderful update by Cobra. The last video on this page is great! Something to watch to start the New Year.

The first “tangible” results of our Solstice meditation have been posted by Cobra, the spokesperson for the Light Forces who have been working tirelessly to liberate our planet and her population full time since the early 90s.

Prior to the solstice I began noticing that I was in a happier mood (even first thing in the morning before coffee). The high vibe energies were lifting me up. Since the Solstice I’ve noticed that my mind is much more cooperative during my meditation sessions and that I continue to feel calm and peaceful, although there are still many happenings in the macro world to suggest that I should be anxious or even frightened about “things to come.”

In this report Cobra confirms that indeed the matrix control grid is being deconstructed, Chimera spiders are being cleared from their underground bases, the implants in all humans are beginning to be dissolved —…

How many mass meditations have we done this year? January 12; April 4; June 30; September 23; November 11. And those are only the BIG ones. There were multiple “booster” meditations to gain momentum for the BIG ones.

And now, on Monday December 21, 2020, we arrive at the culmination of all of these meditations — the Grand Conjunction of Saturn and Jupiter at 0 degrees in the sign of Aquarius!

A wonderfully powerful prayer for this election day from Patricia Cota Robles – posted by my wife on her blog.

Thich Nhat Hanh on the Satipatthana Sutta, the basic manual on meditation from the time of the Buddha

Nowadays, nuclear physicists have begun to feel the same way. When they get deeply into the world of subatomic particles, they see their mind in it. An electron is first of all your concept of the electron. The object of your study is no longer separated from your mind. Your mind is very much in it. Modern physicists think that the word “observer” is no longer valid, because an observer is distinct from the object he observes. They have discovered that if you retain that kind of distinction, you cannot go very far in subatomic nuclear science. So they have proposed the word “participant.”You are not an observer, you are a participant.

That is the way I always feel when I give a lecture. I don’t want the audience to be outside, to observe, to listen only. I want them to be one with me, to practice, to breathe. The speaker and the people who listen must become one in order for right perception to take place. Nonduality means “not two,” but “not two” also means “not one.” That is why we say “nondual” instead of “one.” Because if there is one, there are two. If you want to avoid two, you have to avoid one also.

If I have a feeling of anger, how would I meditate on that? How would I deal with it, as a Buddhist, or as an intelligent person? I would not look upon anger as something foreign to me that I have to fight, to have surgery in order to remove it. I know that anger is me, and I am anger. Nonduality, not two (a-dvaita). I have to deal with my anger with care, with love, with tenderness, with nonviolence.

Because anger is me, I have to tend my anger as I would tend a younger brother or sister, with love, with care, because I myself am anger, I am in it, I am it. In Buddhism we do not consider anger, hatred, greed as enemies we have to fight, to destroy, to annihilate. If we annihilate anger, we annihilate ourselves.

Dealing with anger in that way would be like transforming yourself into a battlefield, tearing yourself into parts, one part taking the side of Buddha, and one part taking the side of Mara. If you struggle in that way, you do violence to yourself. If you cannot be compassionate to yourself, you will not be able to be compassionate to others. When we get angry, we have to produce awareness: “I am angry. Anger is in me. I am anger.” That is the first thing to do.

Suppose you are in the desert, and you only have one glass of muddy water. You have to transform the muddy water into clear water to drink, you cannot just throw it away. So you let it settle for a while, and clear water will appear. In the same way, we have to convert anger into some kind of energy that is more constructive, because anger is you. Without anger you have nothing left.

That is the work of meditation.

The human has the faculty of smile. When I smile there is an immediate shift in my experience. Sometimes smiling happens spontaneously in the natural course of how things go. My smile is also a powerful tool to consciously create a certain deeper feeling tone for my experience.

When I smile I experience a pleasant sensation, like a brightening in my whole being. It is accompanied by a feeling of acceptance and opening up which softens me and dissolves rigidity. Smiling I become more easily aware of the many beautiful and healthy things that are within and around me in my life.

My first teacher Rajo said, “Your smile is like a safety belt: never start your ride without it!”

He often led us in the following meditation:

Another man whom I regard as my teacher is the Vietnamese Zen Master Thich Nhat Hanh. Thay, as he is affectionately called by his students, encourages us to use the power of our smile in various ways to help lessen our suffering and heal us.

“Suppose you are expecting a child. You need to breathe and smile for the baby. Please don’t wait until your baby is born before beginning to take care of him or her. You can take care of your baby right now, or even sooner. If you can’t smile, that’s very serious. You might think, “I’m too sad. Smiling just isn’t the correct thing to do. ” Maybe crying or shouting would be correct, but your baby will get it—anything you are, anything you do, is for your baby.
…
“Whatever you are, whatever you do, your baby will receive it. Anything you eat, any worries that are on your mind will be for him or her. Can you tell me that you cannot smile? Think of the baby, and smile for him, for her, for the future generations. Please don’t tell me that a smile and your sorrow just don’t go together. It’s your sorrow, but what about your baby? It’s not his sorrow, it’s not her sorrow.
…
“Smiling is very important. If we are not able to smile, then the world will not have peace. It is not by going out for a demonstration against nuclear missiles that we can bring about peace. It is with our capacity of smiling, breathing, and being peace that we can make peace.”
(idem)

At this time we are experiencing a tremendous influx of information, much of which is contradictory and most is deeply disquieting. I am posting two of the classical translations of Verse One of the Tao Te Ching with the suggestion to contemplate the reconciliation of the opposites.

Be safe and remember to breathe and smile!

These two things spirit and matter, so different in nature, have the same origin. This unity of origin is the mystery of mysteries, but it is the gateway to spirituality.

“The prodigal Blogger returns! At least long enough to offer you this opportunity to participate in a critical moment of Human and Galactic history. Got your attention? Read on.

“In these times of global crisis on all levels, I think many of us wonder “What can I (as one person) do that would make a positive difference in any of this?”

“It’s a reasonable question to ask and some months ago I realized that trying to address these systemic problems on the physical level by myself is futile.

“However! At the same moment I also realized that we can each do our part by addressing those very same issues inside ourselves.

“And if we unify our consciousness with a single intent, joining together at the same moment with other humans around the world — then we have a real shot at shifting things for the better.

“Such an opportunity is available to anyone who wants to participate on Saturday the 4th of April at 7:45 PM Pacific Daylight Time. 10:45 PM Eastern and 4:45 PM in Hawaii.

“I have shared a link below. The instructions for the meditation are near the end. But the main instruction is to hold the two-fold intent to 1) create the most optimal timeline for our planet and all living beings, and

“2) Stop the coronavirus and remove it from the planet.

“Simply start playing this beautiful video at quarter of the hour in your timezone and follow the instructions.

“Use this Time Zone Converter to find the exact time for your location.

“If we can gather a critical mass of 144,000 humans uniting at this moment (which happens to be the precise moment when Jupiter conjuncts Pluto) and HOLD this two-fold intent for the duration of the video (or for as long as you choose to meditate,) I believe that we can achieve a miraculous victory for our Mother planet and all her inhabitants.

“I have been doing similar meditations with this group since they first began in May of 2012. Some of you were with me at that first gathering.

“During these past 8 years, Tomas and I have joined many such opportunities to shift the outcome of uncertain situations for GOOD.

“Please mark your calendars for this HUGE opportunity to use the expansive power of Jupiter, aligned with the transformative power of Pluto, to manifest a momentous breakthrough for long term peace, prosperity and freedom for All.

“PS — Our real goal is for One Million Meditators to participate worldwide. Be part of this turning point in Humanity’s history. LET’S DO THIS!”

Please share this with your social networks, friends and family, if you are so called. Thank You! 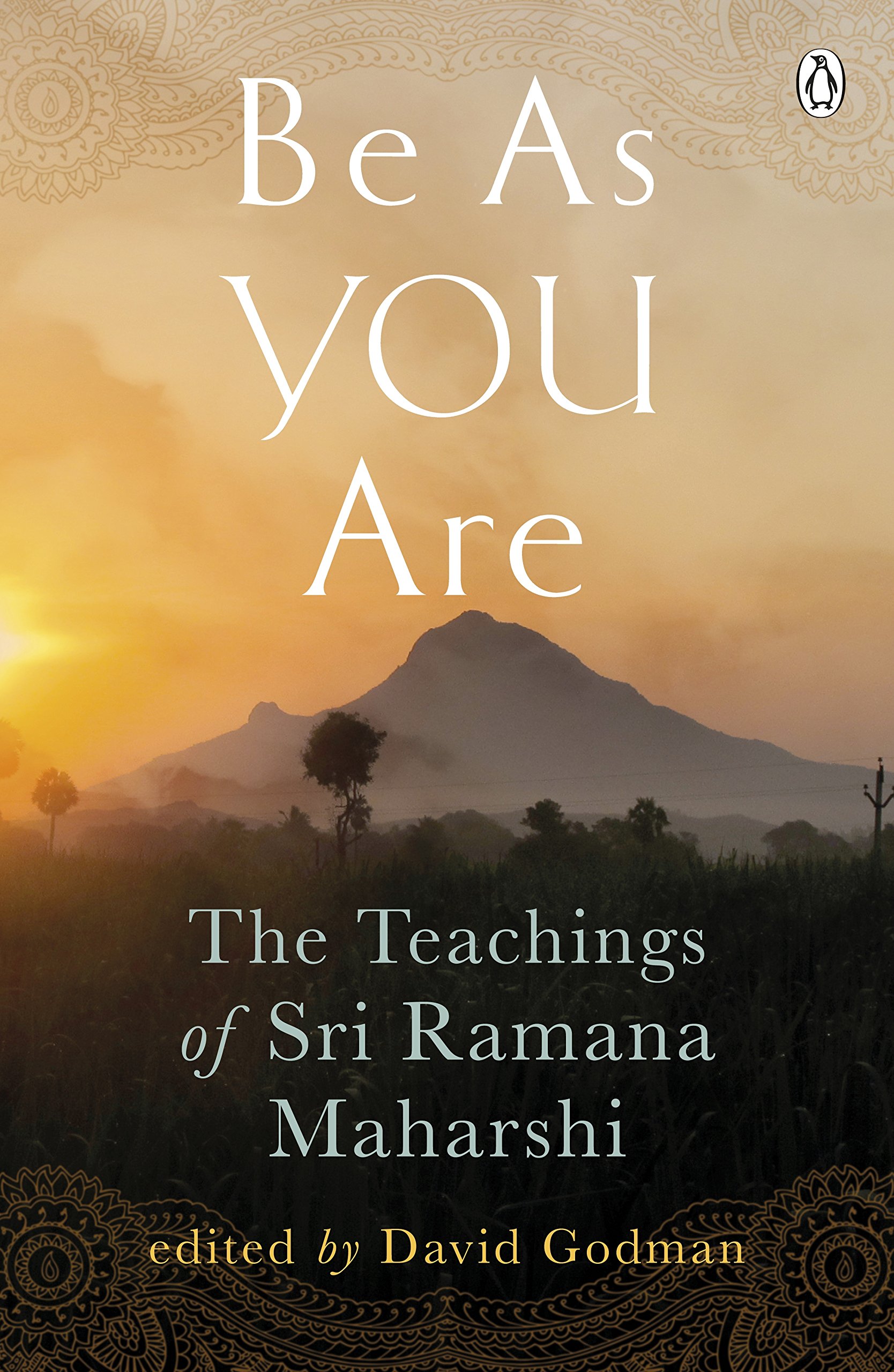