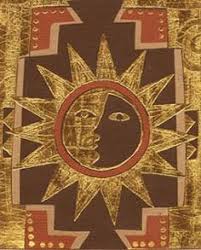 Before consciousness there is information; it is information, an inwardness, according to Bohm, that enters into consciousness. Bohm speculates that this inwardness in consciousness may be likened to an *insight* which could, if refined, be used as an instrument for letting the “energies (of the Subtle Nonmanifest) come through.” Bohm refers to this as an “active intelligence.”

Bohm considers thought as basically mechanical in its operation. What makes the mechanical thought process relevant is intelligence. Bohm puts it thus: “The perception of whether or not any particular thoughts are relevant or fitting requires the operation of an energy that is not mechanical, an energy that we shall call intelligence.” He continues: “For example, one may be working on a puzzling problem for a long time. Suddenly, in a flash of understanding, one may see the irrelevance of one’s whole way of thinking about the problem, along with a different approach–such a flash is essentially an *act of perception.*”

Bohm believes that if intelligence is an “unconditioned act of perception,” than the intelligence cannot be grounded in “structures such as cells, molecules, atoms, and elementary particles.” The operation of intelligence, for Bohm, has to be beyond any factors that can be included in any knowable law. The “ground of intelligence must be in the undetermined and unknown flux, that is also the ground of all definable forms of matter.” For Bohm, intelligence has always been at the very core of the Implicate Order!