In this further excerpt of the introduction to his book, the author includes the details of Ramana’s death experience that led to his realization of his true nature. Reading Ramana’s own words: “Although this body is lying lifeless as a corpse, I know that I am. Unaffected in the least by this death, my being is shining clearly.” it is clear that he saw his completely lifeless body lying on the floor and yet HE WAS: “…my being was shining clearly.” Thus it is clear that our own being is at all times ‘shining clearly’ completely independent of our physical body. It is the other way around: all objects are dependent on this ultimate Subject, which is like space – everywhere and nowhere at all times and not related to time at all. Enjoy!

Michael James  – a further excerpt from the introduction to the book Happiness and the Art of Being:

All that I write in this book is what I have learnt and understood from the teachings of the sage known as Bhagavan Sri Ramana Maharshi, who was one such extremely rare being who experienced the truth spontaneously without ever having heard or read anything about it. He spontaneously attained the experience of true self-knowledge one day in July 1896, when he was just a sixteen-year-old schoolboy. That day he was sitting alone in a room in his uncle’s house in the south Indian town of Madurai, when suddenly and with no apparent cause an intense fear of death arose within him. Instead of trying to put this fear out of his mind, as most of us would do, he decided to investigate and discover for himself the truth about death.

‘All right, death has come! What is death? What is it that dies? This body is going to die – let it die.’ Deciding thus, he lay down like a corpse, rigid and without breathing, and turned his mind inwards to discover what death would actually do to him. He later described the truth that dawned upon him at that moment as follows:

‘This body is dead. It will now be taken to the cremation ground, burnt, and reduced to ashes. But with the destruction of this body, am I also destroyed? Is this body really “I”? Although this body is lying lifeless as a corpse, I know that I am. Unaffected in the least by this death, my being is shining clearly. Therefore I am not this body which dies. I am the “I” which is indestructible. Of all things, I alone am the reality. This body is subject to death, but I, who transcend the body, am that which lives eternally. The death that came to this body cannot affect me.’

Although he described his experience of death in so many words, he explained that this truth actually dawned upon him in an instant, not as reasoning or verbalized thoughts, but as a direct experience, without the least action of mind. So intense was his fear and consequent urge to know the truth of death, that without actually thinking anything he turned his attention away from his rigid and lifeless body and towards the innermost core of his being – his essential, unadulterated and non-dual self consciousness ‘I am’. Because his attention was so keenly focused on his consciousness of being, the true nature of that being-consciousness revealed itself as a flash of direct and certain knowledge – knowledge that was so direct and certain that it could never be doubted.

Thus Sri Ramana discovered himself to be the pure transpersonal consciousness ‘I am’, which is the one, unlimited, undivided and non-dual whole, the only existing reality, the source and substance of all things, and the true self of every living being. This knowledge of his real nature destroyed in him for ever the sense of identification with the physical body – the feeling of being an individual person, a separate conscious entity confined within the limits of a particular time and place.

Along with this dawn of non-dual self-knowledge, the truth of everything else became clear to him. By knowing himself to be the infinite spirit, the fundamental consciousness ‘I am’, in which and through which all other things are known, he knew as an immediate experience how those other things appear and disappear in this essential consciousness. Thus he knew without the least doubt that everything that appears and disappears depends for its seeming existence upon this fundamental consciousness, which he knew to be his real self.

When reading some of the recorded accounts of his death experience, people often get the impression that when he lay down like a corpse, Sri Ramana merely simulated the signs of physical death. But he explained on several occasions that he did not merely simulate it, but actually underwent the experience of physical death at that time. Because he fixed his whole attention so firmly and intensely upon his non-dual consciousness of being, not only did his breathing cease, but his heart stopped beating, and all the other biological functions that indicate life also came to a standstill. Thus his body literally lay lifeless for about twenty minutes, until suddenly life surged through it once again, and his heartbeat and breath started to function as normal.

However, though life returned to his physical body, the person who had previously identified that body as ‘I’ was dead, having been destroyed forever by the clear light of true self-knowledge. But though he had died as an individual person, he had thereby been born again as the infinite spirit – the fundamental and unlimited consciousness of being, the non-dual selfconsciousness ‘I am’.

source: Michael James, Happiness and the Art of Being, An introduction to the philosophy and practice of the spiritual teachings of Bhagavan Sri Ramana PDF p. 15, 16

Related post: Part I: happiness and the art of being 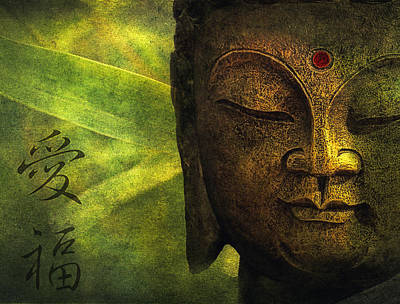 I have been studying the teachings of Ramana since 1980 and they have continually brought me to a deeper and deeper understanding of our true nature. I came across this wonderful book by Michael James, in which he does a masterful job of introducing Ramana’s teaching to lay people – meaning those who may not be familiar with Hindu mythology, Vedanta scriptures and Sanskrit. Below is an excerpt from the introduction of his book.

END_OF_DOCUMENT_TOKEN_TO_BE_REPLACED 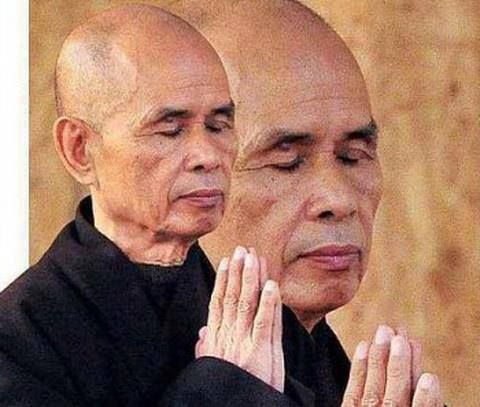 The secret of Buddhism is to remove all ideas, all concepts, in order for the truth to have a chance to penetrate, to reveal itself.”

Winnie the Pooh nails it…

“Meditation is this attention in which there is an awareness, without choice, of the movement of all things, the cawing of the crows, the electric saw ripping through the wood, the trembling of leaves, the noisy stream, a boy calling, the feelings, the motives, the thoughts chasing each other and going deeper, the awareness of total consciousness. And in this attention, time as yesterday pursuing into the space of tomorrow and the twisting and turning of consciousness has become quiet and still.

END_OF_DOCUMENT_TOKEN_TO_BE_REPLACED

A very timely message for this season of

Questioner: If you are nothing in particular, then you must be the universal.

Nisargadatta: When I talk to you, don’t try to understand from the body-mind identity. Your true state is always there; it has not gone anywhere. Although you did not know it was there, and now you know it is there, you have done nothing. It is always there.

This is the yoga sutra that defines yoga:  END_OF_DOCUMENT_TOKEN_TO_BE_REPLACED